Stoverpix worked with Graybird Foundation to redesign the Skokie website to fulfill the marketing strategies of securing funding and make the film available to the largest possible audience. The site was previously built on the WIX platform which can be somewhat restrictive in terms of achieving some custom design goals. We took the best of what was already created and updated the overall look and feel, leverage responsive features in WIX, and added content to tell more of a story which includes features like: 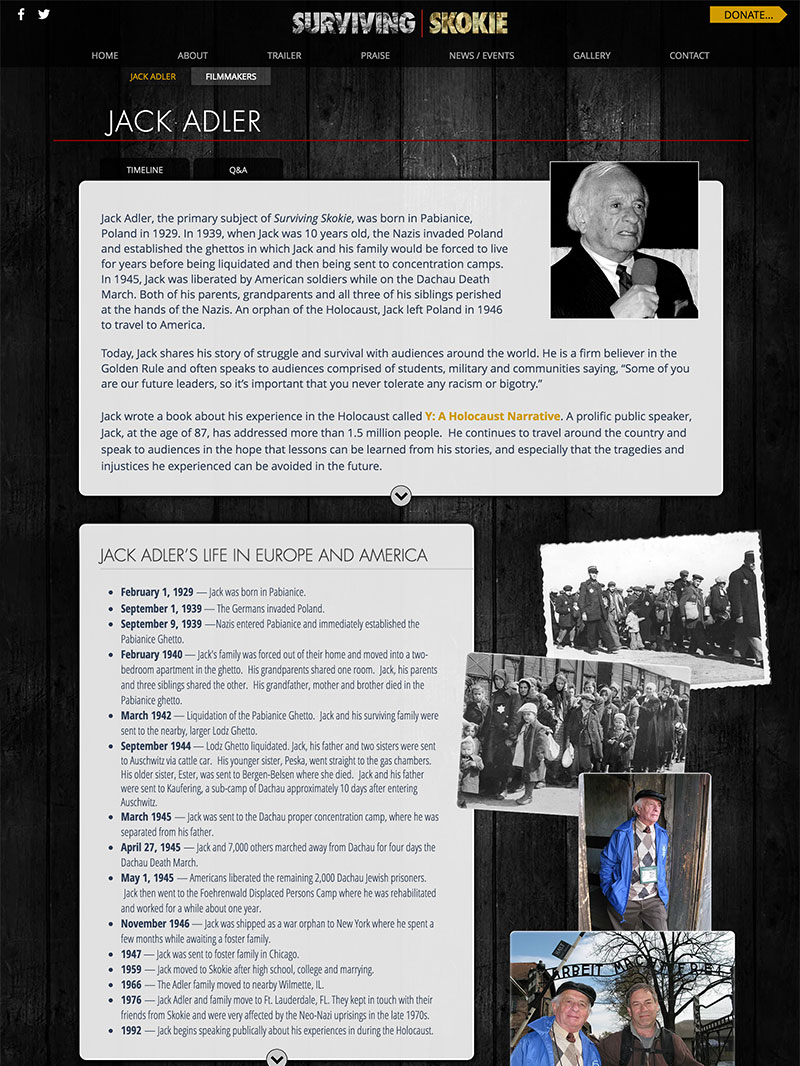 Surviving Skokie is an award winning documentary by former Skokie resident Eli Adler about the provocative events of the 1970s, their aftermath, his family’s horrific experience of the Shoah, and a journey with his father to confront long-suppressed memories.

Eli Adler—a California-based professional cinematographer – started a quest to create his own movie and uncover details of his father, Jack Adler’s, painful past during the Holocaust. Inspired by a Chicago Tribune article and the 2009 opening of the Illinois Holocaust Museum & Education Center, the award-winning documentary is a ten-year labor of love.